Adventures in RV Boondocking
August 2013
RV-Boondocking-Adventure.com is reader-supported. When you buy
through links on our site, we may earn an affiliate commission.

Ahh, summer in the Sierras. It doesn't get much better than this.

I've been boondocking at Crowley Lake BLM Campground near Mammoth Lakes, California and it's been anything but boring.

On top of the hiking and exploring I watched fireworks in the sky when we had a week of thunderstorms. The storms caused flash flooding in some areas and the lightning sparked a forest fire 25 miles away. Since then the skies have been filled with a smoky haze.

But that's life in the Sierras. The weather can change in an instant. You never know what tomorrow will bring, and that's exciting...to me anyway. Maybe I just enjoy living on the edge?! 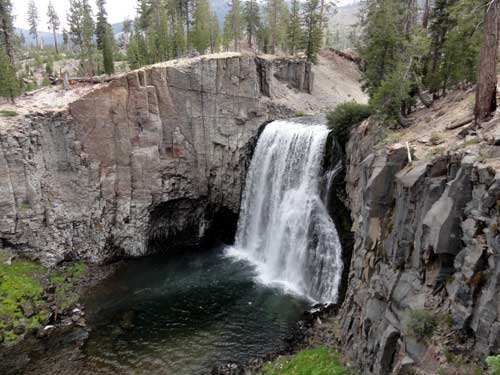 Last month I was happy to meet up with a life long friend who I grew up with back in Iowa. Both of us worked at the ski resort in Mammoth Lakes during the winter of 2000-01. It was the most exciting winter we ever experienced. The mountains were breathtaking and covered in powdery snow which we floated across on skis and snowboards. It was like sailing through the heavens.

In the years since we left Mammoth we began to doubt such a place of nirvana could have even existed. Our memories of Mammoth were like a dream. It was too good to be true. 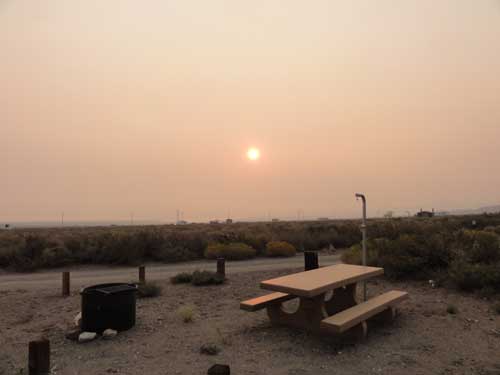 Upon returning to Mammoth Lakes we were thrilled to find it wasn't just a figment of our imagination after all. The place was real and it was as beautiful as we remembered it, only this time the mountains weren't buried under 30 feet of snow.

The grass was lush and green, the clear blue mountain lakes sparkled in the sun, and the wildflowers were popping up everywhere. We had a great time hiking the high country, and eating s'mores by the campfire.

The mountain scenery that John Muir was so impressed with can be found right here in the Eastern Sierras. When I see these mountains this quote from Henry David Thoreau easily comes to mind...

"Heaven is under our feet as well as over our heads." 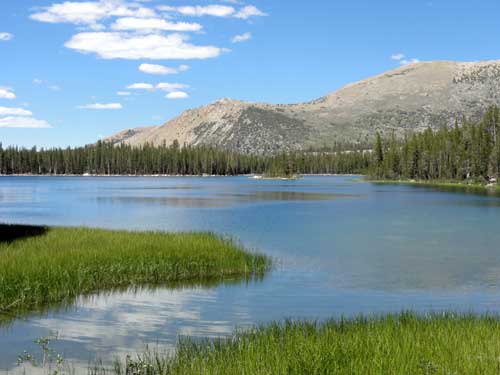 To sum things up, if you haven't seen the Eastern Sierras, you haven't seen California! Now before you jump in the RV heading for heaven, take a look at what's new at RV-Boondocking-Adventure.com...

Replacing a few of my inefficient incandescent lights with LED lights was one of the best upgrades I made to my 5th wheel trailer before becoming a full-time RVer. LEDs draw very little current, and I've been able to go boondocking without worrying about draining my batteries with the lights on.

Learn all about LED lights for your RV in my new article...

East of the Colorado River near Parker, Arizona lies a remote ghost town called Swansea. It makes a fascinatingly beautiful place to camp. Read the story about Swansea from a man who grew up there exploring the area as a boy while his family mined for copper...

Salton City in California is a place of contradictions. There are city streets that go nowhere and there's a giant sea in the middle of a burning hot desert. It's an eerie spot where solitude reigns. If you're looking for elbow room and a place to clear your mind, this is your campsite...

Mormon Lake is the largest natural lake in Arizona when full. Last time I checked it was far from full, but that didn't make it any less beautiful! The lake is located in Northern Arizona near Flagstaff at a cool 7,100 feet.

The area is lovely with wide open meadows interspersed with ponderosa pine forest and dotted with lakes. This is one of my favorite areas to camp in Northern Arizona. Here's the video and camping article on Mormon Lake...

Back to Back Issues Page

Feel free to leave me a comment about this page!