The popularity of popup campers has grown by leaps and bounds. Today you have loads of options to choose from. Do you want to take your motorized toys along? How about towing a camper while tackling the toughest jeep trails? Or maybe you'd like a camper you can tow behind your motorcycle? Well, now you can...

Whatever you're driving, short of a bicycle, there's a pop-up camper waiting for you. It's now easier than ever to get into the wonderful world of RVing.

Here's what's on the pop-up tour: 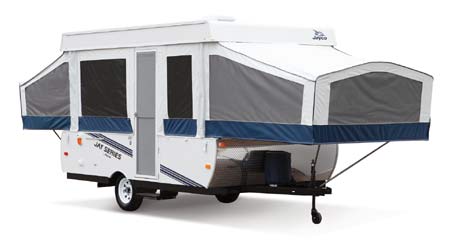 These are the popup campers most are familiar with. They have a hard sided base box and a hard roof which "pops up" to reveal soft vinyl or canvas walls. Sleeping areas at each end are then extended outward and supported by poles.

There are also high wall popup campers which have a taller base box to allow for residential height countertops. These top-of-the-line popup trailers may also feature:

Add a bit more adventure to your camping experience by bringing along a motorcycle, ATV, golf cart, or kayak. With a pop-up toy hauler you can. These campers have an open deck area for your toys and come complete with loading ramps. You could also use this space to haul extra camping gear for those extended expeditions.

Pop-up toy haulers are great for RV boondocking as they're built tough and made to be taken off the beaten path. Getting to those pristine backcountry campsites is pretty easy with one of these. 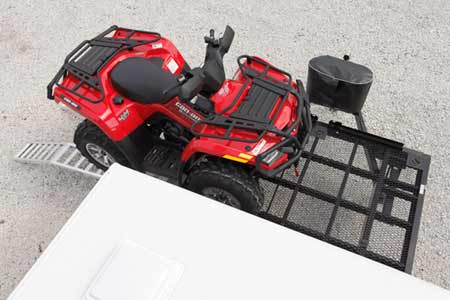 Other goodies found on these rugged campers can include: 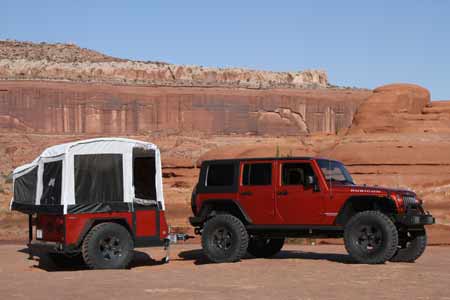 Head for the hills and mountain trails with an off-road camper trailer. These popup trailers are designed to be towed behind your 4x4 vehicle across terrain you wouldn't dream of taking any other RV. Their small size and high ground clearance allows them to go pretty much anywhere. 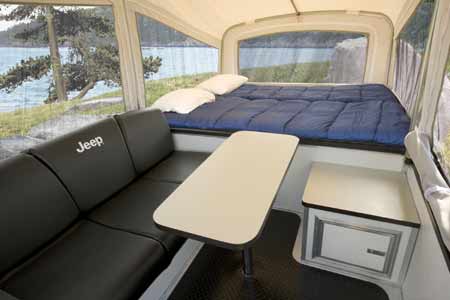 The list of features found on off-road camper trailers can vary widely. Some models may only include a sleeping area and a place to store gear. Others can include a sofa, dining table, 12 volt battery w/inverter, propane system, freshwater system, outdoor kitchen, and even a small refrigerator. 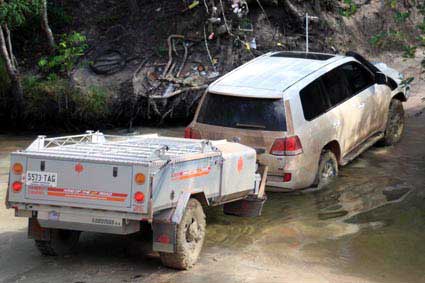 There are even toy hauler versions which allow you to haul heavy cargo, such as an ATV or boat on top of the camper trailer. 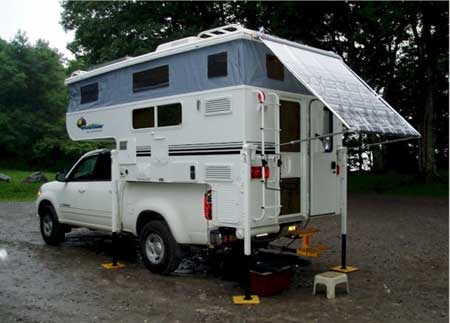 Just as the traditional popup camper has a roof that "pops up", so too does the pop-up truck camper. 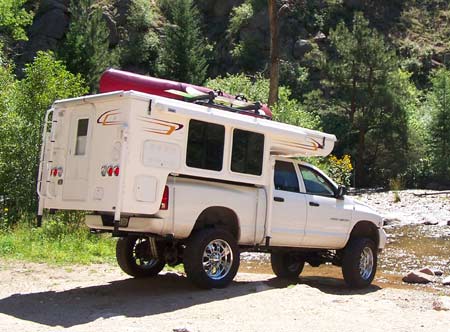 Pop-up truck campers are great for camping far off the beaten path. Most have all the features of a true RV and are completely self-contained. When matched to the right 4X4 truck, you'll have the ultimate go anywhere RV. 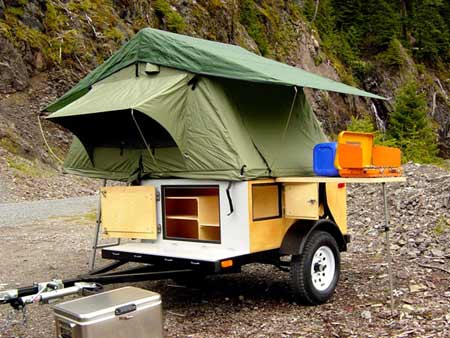 Lightweight pop-up campers typically weigh under 1500 lbs. They usually feature a tent which opens up on top of a base box. What they lack in features, they make up for by being easily towed by most any car.

Some models may include a 12 volt DC & 110 volt AC electrical system, interior lighting, freshwater system, awning, and an outdoor kitchen with sink and propane stove. 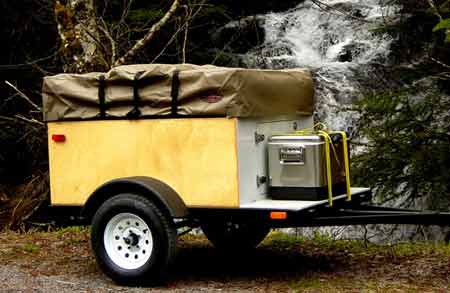 Yes, there is even a small RV for towing behind your motorcycle! You can sleep up off the ground, but you probably won't be doing much else in these very compact campers.

Motorcycle campers are great for touring and provide a good amount of storage space. 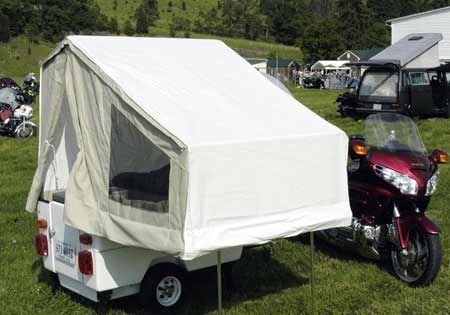 Some have enough room for a small dining table and chair. Motorcycle campers can also be towed by a small car.

Want to go ATV camping? Many can be towed with an ATV - perfect for those that want to camp where no camper has gone before.

The interior of an A-frame camper reminds me of a cozy attic hideaway, due to it's triangular shaped roof. Also called a hard-side popup camper, this type of camper has many of the advantages of a traditional popup - with the added protection of hard walls. 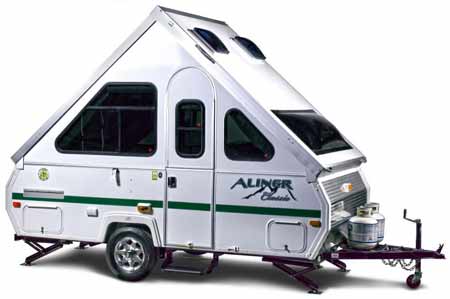 In addition, more features are available on these small RVs, including many of the same components found on travel trailers and fifth wheels. Another advantage is the easy setup, which Aliner and Chalet RV claim can be done in 30 seconds.

That concludes this tour, hope you had as much fun taking it as I did writing it! But wait, the pop-up tour doesn't end there. There are more exciting stops ahead. Click a link below to continue the tour...

Feel free to leave me a comment about this page!